SCOT BALE Camp Director
Email: scot@warnercamp.com
Scot and Monique have six children, four whom are adults: Eli, Jessica (married to Matt Ruffing), Seth (married to Rachel St. John), and Sean (currently on a YWAM Mission trip), and two children living at home: Teya and Meradi, who are students at Artios Academy in Spring Lake, MI. Scot is currently commuting to Warner Camp, but they look forward to when the school year is completed, and the entire family can move south to Grand Junction and live on-site at Warner Camp! 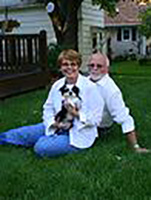 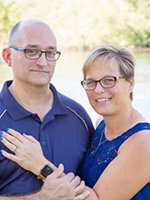 KELLEY DENDEL Assistant Director
EMAIL: Kelley@warnercamp.com
Kelley and her family have been involved in Warner Camp for many years. In the fall of 2015 Kelley took the Communications Manager position. Kelley and Jim have been married since 1991 and have 4 children. (Nate, Kalyn, Trey & Madi). As a family, they enjoy the outdoors, camping, and traveling. Kelley is an avid runner completing many half marathons each year.

Connor Legge Summer Program Director
EMAIL: Programs@warnercamp.com
Connor Legge is currently a student at Taylor University majoring in film and media production. He has called Warner Camp his home the past three summers as a member of the summer staff. Whether it be through counseling, videography, lifeguarding or working the ropes course, he loves coming alongside youth and inspiring them to grow closer in their personal relationship with God. It is a dream of his to be this year’s summer program director. Warner has been a foundation for his faith since fourth grade. He hopes to build on to this foundation this summer, and empower the staff to be their best as he himself grows immensely. 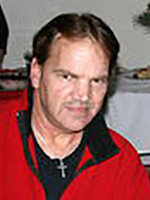 MARK CICERARO Groundskeeper
Mark joined Warner Camp in 2004. He is an integral member of our team, helping in several areas that include maintenance, housekeeping and cafeteria work. A Chicago native, Mark enjoys going to the movies, bowling and being outdoors.

BEVERLY COLGROVE Prayer Coordinator/ Retreat Hostess​
Bev is a volunteer at Warner Camp. She is married to Russ and they have three daughters and one son, eight grandchildren, and one great-granddaughter. She enjoys working in many areas at the camp, especially the prayer ministry. Bev says she has been blessed to see so many improvements and changes here at camp. Her hobbies are reading and working in the yard with her flowers.